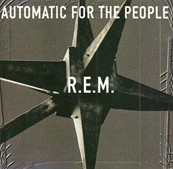 I drove past a school* today that irked me. I won’t name it but the irk inducement came from the fact that they obviously felt a cut above your average state maintained primary school. I presumed this because in the middle of one of their banners, that were plastered all over their site in the manner of a low-end gin joint, was a statement that read:

‘We want to educate our children rather than train them to pass tests.’

I mean, excuse me but…who do you think you are? Actually, no, who do you think I am? Do you think I exist to hot-house children, unethically nurturing them on a diet of past papers, sucking any bit of life out of their curriculum because I am deluded about the nature of success and addicted to Raise-Online? Do you think I place more value on data than I do on the individuals that inhabit my school?

Is that the difference between ‘us’ and ‘them’? I am blindly going about my business training children, whilst the enlightened are doing oh so much more? Am I and my teachers blinkered? Do we really only care about one thing? In all the year groups? (Even the ones that don’t administer SATs?) Does my school think of nothing else? Is that what you really think about us?

Of course you don’t…how could I think such a thing…I’m awfully mistaken…I’ve taken it out of context, got the wrong end of the stick, silly boy.

But, in the manner of a Daily Mail headline, you have put that assumption out there. And, by doing so, you discredit my school and every other state maintained school in the country who, actually, work just as hard as you to put in place a nurturing curriculum that hopes and dreams of a better future for our children. And, by making comments like that, you hurt us.

You hurt us because you place, in the backs of parents’ minds, a suspicion that we are not dedicated to their children. So every booster group, every additional support intervention brings with it a cross-wired perception of how we see our role. That hurts our credibility and, sadly, I can’t afford an advertising campaign to say otherwise. No, I have to use happy children, rates of progress, levels of achievement, ofsted and sometimes…SATs, in order to boost my public profile.

But perceptions like these cut deeper than a school’s public profile. It cuts into teachers’ professionalism. If anyone could listen to the conversations that my staff have about our children then they would understand the time, care, knowledge, understanding and spot-on personalisation of support that goes into planning lessons, additional support, booster groups and general quality of provision. Then the work of teachers would not be at risk and undermined by snipy comments and perceptions that we’re only in it for the end of year age related money shot. It would be valued and treasured and my teachers would be thanked, praised and acknowledged for their determination to do right by the children they teach.

Sadly, cynicism seems to be winning. People prefer to misjudge rather than to understand, criticise rather than praise and ultimately devalue a profession that is more important than any other, and one that I am proud to be part of. It is this that really hurts. It is this that makes teachers decide to pack it all in and who can blame them? They’re working harder than ever and yet everyone else outside of the profession seems to know better. And why? Because somewhere along the line the message about ‘why’ and ‘what’ we do, became blurred with the ‘how’ we are judged. People began to assume that a narrow-minded judgement became our motivation and that opened the gates to scepticism, meaning that we now have to over-justify our reasons for every little thing.

This is not the fault of non-state maintained schools and I have absolutely nothing against the quality of teaching and motivation behind any educational organisation (except free schools) and I wish any teacher all the luck in the world. It was just sad to see another educationalist feed the beast of negativity towards schools like mine. I’d like to think we were all better than that. Maybe we are, maybe I’m just paranoid and REM came on the radio at the wrong time, maybe I should apologise to the school for reading too much into their adverts…you can’t blame me, inference is a level 5 skill after all and as you know, I’m all about the SATs.

*not in my patch or local authority area, don’t worry chaps.

3 thoughts on “Everybody hurts”