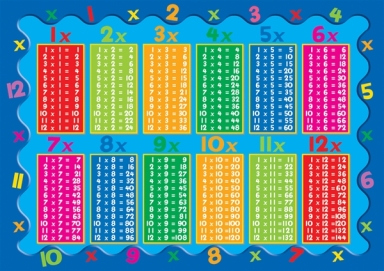 I can only assume that the reason why the DfE and their sponsored Boudicca, Ms Morgan, insist on issuing policy via social media, rather than through professional channels, is due to the fact that there are now so many different types of educational institutions out there that it’s a nightmare to keep a comprehensive rolodex of Head’s email addresses. Far easier to tweet it and hope that most of us will catch it as we try to navigate through our timelines, that are mostly dominated by the edu-war between the progressives and traditionalists. Either that or Ms Morgan suffers from an acute sense of self-awareness and knows that if many of her proposals were quietly put forward, the profession would snuff them out like a candle at the end of its wick. Far more effective to release them into the wider public domain under the guise of transparency: to show parents that schools are simultaneously not educating well enough while piling on expectations for schools to solve the world of, well anything and everything.

And so we come to today’s piece of education policy: Times tables to be tested by age 11. And why not? This seems utterly sensible. As Nicky Morgan says, these tests ‘will help teachers recognise those pupils at risk of falling behind’. This is superb logic. I’ve lost count of the times I’ve asked my teachers if their pupils know their tables only to be answered with a grunt, a scratch on the head followed by the comment: ‘Dunno, we ain’t tested them or nothing.’ Well this test will put an end to that. Another piece of cunning is that these tests are taken at the end of KS2 within a curriculum that demands that by Year 4 all children should know their tables. So, waiting another two years to test them will surely mean that everyone will pass. Although, how will I know if the Year 4 teachers have recognised those pupils who are falling behind if there’s no test? Hmmm. I’ll have to think about that one.

Another reason why this test is good is because it fully supports the mastery curriculum. With its emphasis on understanding mathematical concepts and application at a greater depth than ever before, an online test on your tables, with its closed questioning and pressure cooker timing, is the perfect way to model this. It is also the perfect companion piece for the end of KS2 written arithmetic paper which, due to its lack of calculator usage, is at risk of allowing non times-table knowing pupils to exceed beyond their capabilities. And don’t get me started on the second and third papers where pupils will have to apply mathematics to problems and to reason: it has been statistically proven, by me, that a pupil can get a level 6 on all three of these papers whilst at the same time have absolutely no mental recall of 8×8. Thank the heavens for this online times table test. It’s all better now.

One of the most important reasons for introducing education policy is public opinion. Like Early Years teachers, parents have little understanding of maths, especially the new maths curriculum. This means that they may instinctively not like it. Add to the mix the fact that it is harder and therefore pupil test scores may be lower, parents (and Early Years teachers) may think that schools are becoming more and more rubbisher. However, parents (even Early Years teachers) remember doing their tables when they were children – they can’t actually remember their times tables, they just remember having to do them – and therefore these times tables tests will provide some comfort and reassurances that primary schools are not just doss houses for the thick. Learning your times tables in preparation for a test triggers familiarity and parents will therefore think that schools are doing a gooder job. Never mind that their child didn’t reach the expected standard for maths overall in preparation for secondary school; they can regurgitate their 7 times tables to any number of raps, songs, rhymes and limericks complete with hand actions, and, for the sake of inclusion, in Makaton.

Finally, and this is where you have to take your hat off to Nicky Morgan and her hoard of caged DfE maths monkeys, this news will, if nothing else, spur on the fight between the traditionalists and progressives. Goodness knows how many Twitter feeds and blogs are going to be written and debated between these two armies arguing the pros and cons of children knowing facts about some numbers. Some will say that rote learning is best, some will say that knowing 8×8=64 because it sounds a bit like ‘I ate and I ate until I was sick on the floor’ is best, others will say that it’s all good, some will say it’s all bad and that this one piece of policy is the straw that broke the education camel’s back… My guess is that this news is just a ruse. Ms Morgan knows that we won’t be able to help ourselves and, while our timelines get buried with argumentative times tables edu-babble, she will quietly tweet out some other bit of policy that is far, far worse.

Well I’m onto you Morgan.

The times-tables have turned. I’ll be watching your twitter bombs like never before. Of that you can be sure. Just as 7 x 12 is 84…I think.