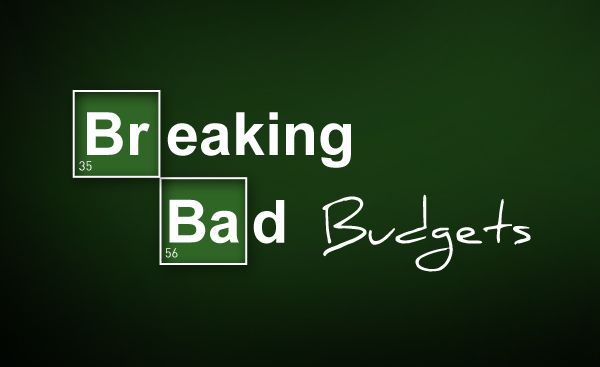 It was about 9:00pm on a Saturday night. I was in London, having spent the day completing the Bermondsey Mile. Maybe it was the fact that I was out with a fellow teacher and we were putting the world of education to rights. Maybe it was because I can’t switch off. Maybe it was the deregulated levels of alcohol in all the craft beer I had spent the day ‘evaluating’. But for some reason I found myself checking my work email, whereupon I saw that my budget had arrived.

Show me the money!

I couldn’t be entirely sure what was suddenly causing my head to spin: was it the effects of hipster booze or was it down to the slim-lined figures that were now dancing in front of my eyes?

So I decided to do the decent thing and email it to my business manager. Knowing that it was now safely in her hands, I felt free to enjoy my evening of getting lost on the tube, speaking to cockneys and trying to take a selfie in front of Big Ben.

It was early on Sunday that I received an email from my business manager: firstly, telling me that in no uncertain terms should I ever email her at the weekend and, secondly, telling me that whatever I had planned on doing that Monday I should forget it because we needed a meeting to discuss our new budget that was, in her off-duty vernacular, tighter than the appalling skinny jeans I had worn at last year’s summer do.

My head hurt and my stomach was in knots – but you don’t subscribe to this blog to hear about my hangover cures – so I’ll spin on to Monday.

To cut a long meeting short and to save you from the expletives (me), the frantic calculator tapping (her), the shouting (me again), the long silences and staring into space (both of us) and the hiding under my desk and refusing to come out again until she promised to make it alright (me), the budget is pretty pants.

This year I, and many other schools, are battling with the added cost of the new National Insurance arrangements. This is where all employers have to pay the standard rate of National Insurance contributions instead of the contracted-out rate. In a two-form entry school like mine, where the teaching bill is over £1 million, this means that we will have to find in excess of £25,000.

This alone adds an even greater pressure to the additional cuts in general funding which are, in themselves, significant. There’ll be more than one Head this financial year that will be suffering frequent night terrors involving turning up naked at a governors’ meeting only to find that the word ‘deficit’ has been scratched onto their torso by the chair of the finance committee using a sharpened twenty pence piece.

The fact is, not only have we got to pay out more but we have been given less by which to do so. I still have the same number of staff to pay and I still have the same number of children to educate. As time goes on, and as additional cuts are made to services that I once used to rely on, I have an increased moral obligation to provide additional support to children and families that need it most and who are unable to access it elsewhere.

And yet our ability to fund the resources that can help us help our families is being left to wither on the vine. The most vulnerable families are being told that schools have pots and pots of cash that are ring-fenced just for them so that we can buy in multiple support services that will help make a difference and allow them to make accelerated progress whilst nurturing their social, emotional and mental stability. Whereas, in reality, it is becoming harder and harder to justify the added expense that these additional services are costing. Never mind the old expression ‘what they give with one hand, they take away with the other’; this year’s budget is more like ‘what they take out of one hand they prise out of the other with a massive claw hammer’.

Thank goodness that ‘quality first teaching’ is still such a buzzword because it’s about all schools have got left to afford.

I will be watching through my fingers how other schools cope under such financial pressures. The really lucky schools will have members of staff who resign or retire and they simply won’t be replaced. The less lucky schools, I imagine, will reluctantly slash the ‘above and beyond’ elements of their provision. The unlucky schools will be having to go down the road of ‘managing change’.

And all through this we will be expected to dance to the tune of ‘raising standards’. Standards that have not so much been raised but rather catapulted into the sky without a parachute.

It’s difficult to pin-point a time when the odds have been so stacked against a school’s favour.

I fully expect every school’s reimagining of their vision statement in September to result in the following strapline:

Striving to achieve more with less.

3 thoughts on “Make do but don’t spend”