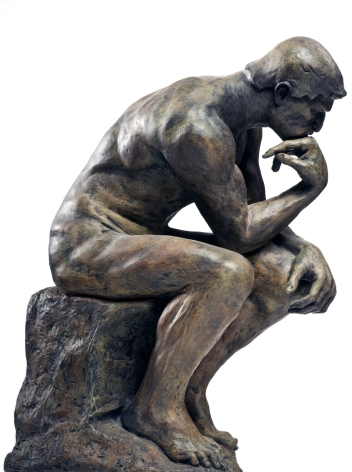 As I lay in bed wondering if I would ever walk again – having been cruelly crippled by chronic back pain and reduced to a whimpering husk of a man, desperately trying to cease all bodily movement until the time inevitably came to shuffle over to the side of the bed and wee into a bucket – it seemed an appropriate time to consider the changes I would have to make in my potential new life as a, now bedridden, beacon of education.

The harsh reality seemed clear to me: I was never going to be able to stand up, let alone walk, again. How would I continue? Would I have to face-time my assemblies and staff meetings? Would I have to employ my own special Hodor to carry me upon his back as I went about the school observing lessons? Did I now have a legitimate excuse to miss governor meetings? More importantly, could I, considering the school’s financial position, buy a new wee-bucket on the school’s credit card?

The saving grace was that I could still access Twitter. By propping myself up on a mountain of pillows, and using my copy of ‘Battle Hymn of the Tiger Teachers’ as an arm rest, I could just about hold up my phone and swipe through my timeline. All was not lost.

And so, in agony, I purveyed the Twitter landscape. I stumbled across a blog entitled ‘Nobody’s actually against knowledge are they?’ by a little known blogger called @oldandrewuk. In it, the writer discusses the debate in education around traditionalism vs progressivism. Specifically, he considers how some progressive folk are denying that there is even a debate going on anymore. Some Progressives are coming out and saying that they too are in favour of teaching knowledge and they’re now wondering what these Traditionalists are getting so hot and bothered about.

This, to many Traditionalists, is bloody annoying. You see, the argument between Traditionalists and Progressives used to be so simple: traditional teaching = teach knowledge; progressive teaching = teach skills. Now it’s all being muddied with Progressives backtracking on all this ‘skills’ stuff and claiming that they don’t have a problem with knowledge. But, according to the writer, they can’t really be in favour of knowledge if they are against testing it, or, teaching an awful lot of it. If you’re against testing the amount of knowledge a kid has in their brainbox, or, want them to solve imaginative problems that will make them use and strengthen their understanding of the knowledge, then, you’re nothing more than a Progressive in a Traditionalist’s tunic.

I suddenly began to feel queasy. It wasn’t the fact that I’d taken ibuprofen on an empty stomach or that I’d lost sight of the wee bucket. It also wasn’t because I disagreed with the blog. It was because I was questioning my own mind. I thought I’d always maintained a nuanced balance regarding what I considered to be important in education. A subtle blend of the traditional and the progressive. But was I kidding myself? Had I, in fact, changed my stance and become more traditional? And if so, why was that? Had I seen the light? Or had I simply conformed, been beaten down by the curriculum, the tests, the tedious battles on Twitter between the two armies that tend to, in my opinion, be won by the Traditionalists only because they have the energy to keep on going when everyone else has gone to bed?

When confronted with change in physical form, as I was now (would I ever walk again?), I could consciously adjust my thinking (forget my holiday to climb Everest, I need to save up for a Stanner Stair Lift). But when ideological and educational reforms surround me, am I unable to consciously adapt? Or do they warp my thinking until I have convinced myself that not only was I right before, but I am also right now?

There was only one way to find out. I had delve into the deepest darkest depths of my mind. I closed my eyes and began to recite an old Tibetan chant that would bring about a zen like state and allow me to transcend my own consciousness. Then I realised that not only was I not The Ancient One but it would also probably be easier just to re-read some of my oldest blogs.

It took some time (my word I’ve written a lot of drivel) but eventually I found something I’d written in 2013. In a blog entitled ‘Goodbye Mr Chips, Hello Mr Squeers’ I gave my opinion on this ‘new’ curriculum of ours. I didn’t appear to be a massive fan:

This, as I see it is the biggest disappointment of the national curriculum: it’s just a list [of facts] that he [Gove] wants children to know… This expectation for mass content knowledge coupled with a lack of thought on curriculum skills may, I fear, mean that topics as I know and love them will disappear.

So, I thought to myself, I was a massive Progressive after all! I was exactly the sort of person Traditionalists in 2013 loathed. I even dared to raise the idea that you could get children to learn about historical events, personalities, bias, politics, and culture through art rather than by memorising facts. I can only imagine how I survived the inevitable onslaught of derision that this post must have garnered on Twitter as I appear to have blocked it from my memory completely.

Near the end of the blog however I start talking about pub carparks. I couldn’t quite grasp why until I remembered that this was written at about the time that Richard III was found buried underneath one. My main objection to the new curriculum, at the time, was that although knowledge is great, too much emphasis on ‘facts’ result in a weak level of understanding. Simple recall, without any application, evaluation or opinion, does not a learned person make. If all we do is teach single-subject facts, we will produce nothing more than a nation of expert pub-quizzers; learners able to demonstrate a veneer of knowledge at the drop of a hat but without the deeper understanding of why what they know is important.

I still believe this. But I am glad to say that my prediction was wrong. We are not producing ‘knowledgeable but ultimately useless eggheads’. And this is not because either the Progressives or Traditionalists have won the great educational debate. It is also not because I have changed my stance or because I believe in knowledge without testing. Testing is fine. Just don’t tell me that a perfect SPAG score means you’re an effective writer, or that because you can name all the Tudor monarchs you’re a historian, because that’s just silly. Instead, I think the biggest impact on children developing a deeper understanding of the knowledge they are learning is because of life beyond levels. As I said in May 2016, in a post called ‘Metamorphosis’.

We are no longer teaching a ‘progress’ curriculum; we are teaching a ‘knowledge’ curriculum. I like the move away from vertical progress. I think the opportunity to play around with the highest level of knowledge you currently have – challenging it, stretching it, strengthening your understanding of it – is rather liberating.

You can’t gain masses of knowledge without some traditional teaching methods. However, you can’t strengthen your understanding of said knowledge if you are not free to explore and try it out before you are tested on it. Schools are now free to do this in a variety of cross-curricular, imaginative and progressive ways because we have been freed from the shackles of vertical assessments. The 2016 SATs may have been a shambles, and the standards may have been ridiculously heightened but, so what? Continue to teach a well thought out and challenging curriculum effectively and most pupils have a chance of getting there by the end of key stage 2.

It was therefore with a sigh of relief that I closed my eyes and smiled at the realisation that I had not changed. I had evolved my thinking but, deep down, I was still as subtle an educator as I ever was. I realise that may make me twice as irritating to twice as many people, but hey, it’s only Twitter.

With that, I heaved my legs over the side of the bed, grabbed a walking stick and pushed myself up to a standing position. Bellowing a great howl as I straightened my back, and putting one foot in front of the other, I elegantly hobbled to the toilet. Because some things are not meant for the wee bucket.

2 thoughts on “The Thinker”