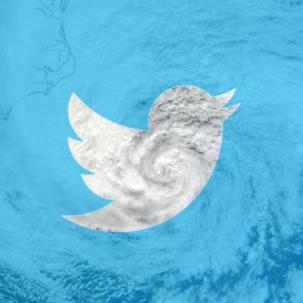 Ah, the twitterstorm. Am I the only one who finds these things immensely tedious? For the uninitiated (boy, you don’t know how lucky you are) let me take you through how these things normally go down.

Someone, apparently important and worthy (to their publisher anyway) writes something monumentally misguided. You know the sort of thing, the sort of thing where they sound like Jesus giving a sermon on the mount. But only if Jesus was backing up his sermon with a biblical amount of scientific evidence. Only, as we’ll see later, it’s not actually a ‘biblical’ amount of evidence, it’s more like a ‘controversial hits’ amount of evidence. This allows them to make a provocative point and share it, not as gospel (because even they know they’re not Jesus) but definitely as a point worth considering (because, although they’re not actually Jesus, they are pretty close). Plus, science and controversy didn’t do any harm for Jesus Richard Dawkins so why shouldn’t they put it out there for our consideration, if only to show us that they are not afraid to think about controversial things even if we are.

The sensible thing to do is to let them write this stuff. Read it if you want, or, don’t: simple. If you’re worried that you won’t know what you’re reading before it’s too late I’ll give you a quick piece of advice. If any blog begins with:

then quit reading straight away.

Unfortunately, some people don’t know these tips and they read all the way to the end. And, some of these people just can’t believe it. They genuinely can’t believe what they’re reading. It’s too much for them. They can’t understand how the words even managed to get into that particular order, let alone how the person who haphazardly banged them out at the laptop – presumably blindfolded with nothing in their system save for naked ambition and half a bottle of scotch – came to the decision to press ‘share’. For them, reading this blog all the way to the end is like being stuck at a party next to someone who talks to you for five hours about why Godfather part III is the strongest of the trilogy by drawing on the user reviews of IMDb and dressing them up as the combined critiques of Barry Norman, Pauline Kael and Philip French.

Their objections tend to fall into three categories:

Tone: I know that this is a controversial opinion but if you can’t recognise its validity then you’re no better than a Sicilian scoreggia.

Level of research: It’s not just me that thinks this, Barry Kemp from Chiswick puts Godfather III above the original Godfather, Citizen Kane and Tango & Cash. So, just accept it.

The fact this point is even being made: Even though nobody has ever watched this film all the way to the end causing it to drop from public consciousness almost completely, I think it’s important I drag it up from the sleeping fishes and make us all watch it again, right now.

Inevitably, because you can’t keep good bloggers (armed with their own selection of opposing evidence) down, counter blogs are written addressing one, or all three, of these categories of dispute.

‘It may a good film in your opinion, but by calling its detractors farts you do nothing to add to the debate.’

‘If you look at most recent reviews on Rotten Tomatoes it scores an average of -13% and is, at best, described as a ‘lazy and boring finish to a fine Mafiosi saga’. To ignore this evidence is dangerous and only serves to illustrate your appalling taste in films.’

And here is where the tedium really begins. Pretty soon Twitter is in meltdown and the name-calling begins to the frenzied outrage of the mob on all sides. Every time you check Twitter to see what Donald Trump has done now you can’t see the real (or fake) news without Tweechers getting in the way as they scream ‘polemic’ and ‘ad hominem’ at each other. Some even set it upon themselves to ‘school’ the rest of us in how the Twitch-hunt should be carried out: you’re all doing it wrong, you’re not meant to jump to racism straight away, you’ve got to go through personal histories, homophobic slurs, wild sexism and then racism. Blocked Twitterers are bandied around like trophy scalps with some of us trying to get in on the act by squealing ‘they blocked me once, honest!’

Then, the showdown, the main event, we all knew this was coming: the after-blog. The blogger who started all this gets back on their horse and lets us in on the torment that has been their last 48 hours. Oh, the pain. Oh, the anguish. They had no idea that this controversial and provocative piece of writing would provoke or cause controversy. They are very upset by any name-calling and, of course, that isn’t nice and doesn’t reflect well on anyone involved. Sometimes there’s an apology. Sometimes there isn’t. There’s always a re-clarification and that’s always good fun. It’s like watching a cat jolt itself awake and then look around nonchalantly as it tries to convince those around it that it didn’t happen. ‘Um, I didn’t necessarily say I believed something controversial, I just said something controversial so you would have something to think about, like how brave I was for not being afraid to say it.’

As you scan through the after-blog wondering if you can spot any sign that suggests they won’t do it again (there rarely is) it dawns on you just how vacuous and pointless this whole thing is. These people who feel the need to educate us just because they’ve read some (some being the operative sodding word) information about stuff and, rather than just share it, they feel the need to interpret it and feed us their interpretations like the baby birds we are: too weak to chew the information ourselves. None of their lofty and long-winded interpretations of this ‘scientific-evidence’ helps us in the classrooms or run schools. Why not? Because they’re not applying it to stuff they’ve done or suggesting how we can apply it ourselves. They’re simply grandiose musings on highly important things other people concluded before them. I wonder if they know, or care, that this regurgitated information just clogs up the internet with naïve pseudo-intellectual claptrap and serves no real purpose?

Don’t get me wrong, I read plenty of blogs that I don’t agree with, or that go against what I believe in. But at least those written by active teachers and leaders stem from what they’re doing. They are reflective, they show thinking and, as a result, they are interesting. The debates can be honest and civil because you can’t deny what someone is doing in their own school or classroom (unless you think they’re lying and let’s not go there). They are sometimes rooted in, not weighed down by, rhetoric or theory and, most importantly, they are based in reality which has the added bonus of making them not mind-numbingly dull.

I am not an enemy of evidence or analysis. I just like my evidence sent to me direct or analysed by an expert. I don’t loathe intellectualism. Some of my best friends are clever. I don’t mind points of view different to my own. Just don’t expect me to think the same as you because you’ve gone on an evidence safari. I don’t endorse name calling and I’m sad people are called names that they don’t feel apply to them. My advice would be that if people are going to call you names based on the things that you write, you should try to write better.