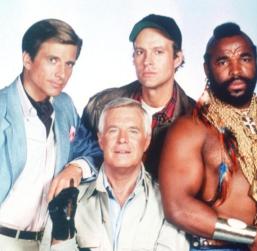 Halfway through a recent subject leader SDP planning session, one of my middle leaders declared: ‘This is so basic!’ Then, as if remembering I was in earshot, she sheepishly apologised and said that her comment had come out wrong. I quickly reassured her that I did not take this comment as an insult, in fact, what she had said was kind of the point:

School Development Planning should be basic.

Over the years I have toyed around with the format of action planning. I remember when the SDP was twenty, or so, pages long. It was colour-coded. It referenced every syllable of the Ofsted Inspection Handbook. Instead of English, it was written in a weird kind of edu-code that only I and a Lead Inspector would understand. There were multiple boxes, all filled in with an ever-diminishing font.

The whole thing took half the year to write and it impossible to manage. Therefore, you had to write a condensed version that you would use with staff. You also had to have a one-page version that would be ready to email Ofsted after their initial phone call. Governors demanded that you write a ‘child friendly’ version under the pretence that children could understand and, not at all, so they could work out what you were talking about during meetings.

The whole process was unwieldly and did not help anyone with the day to day strategic running of the school. It treated school improvement like some lofty endeavour, resulting in an SDP that read like the aloof and pompous autobiography of Michael Gove. It certainly wasn’t basic.

So, one day, I decided that my SDP had to grow up.

The first step was stripping back all of the nonsense. It was actually whilst listening to Alastair Campbell talk about the strategy and tactics that New Labour used in the run up to the 1997 election where I experienced my first SDP epiphany.

Read more about that here.

So, now that I was armed with my aims, strategies and tactics, I was ready to plan.

In my opinion, the ‘whole school’ development plan should be a relatively generic beast. Because, let’s face it, we’re all after the same thing, aren’t we?

What else is there?

Those have been, pretty much, my SDP aims for the last three years over two schools. And guess what? They fit. So far, they’ve worked too. (Although I’ve only been in the second school for nine days so we should probably hold fire on that judgement.)

Now, the strategies have varied. They have to as they are shaped by the context of the school. But, each and every one of them, has been a single sentence. A clear line that has joined up all the tactics so that everyone in the school can view the hard work, that goes into school improvement, within a shared and united approach: we are all in this together. (Damn you Cameron for ruining that phrase for eternity!)

But what about the written plan? You can’t just have a few sentences (maybe some clip-art?) on a single piece of paper…can you?

No. Of course you can’t. I may be a revolutionary maverick when it comes to school development planning but, even the A-Team wrote down their plans in Microsoft Word so that they could refer back to the tactics and hold each other accountable for the success of the over-arching strategy. They just didn’t film that bit every week. Plus, Murdoch kept changing the bloody font to jokerman which really got on BA’s baracus. The ruddy clown.

No, for each tactic, you need something written down to help guide your workflow throughout the year. I still found it hard to work out how to map out each tactic’s progress throughout the year. Using traditional formats of actions plans I ran the risk of simply splitting up a tactic into smaller components and dressing them up as standalone tactics.

Take target setting. No sooner had I decided that setting targets was an essential tactic – within the strategy of robust use of assessment information – than I had written lots of target setting-esque tactics:

Then I had my second epiphany.

Instead of viewing these tactics as individual actions I began to see them as sequences of the same tactic. Each tactic, I realised, had three main phases:

For the tactic to be operational it needs to be set up properly (compliance phase). Once it has, you can put it into action (implementation phase). Finally, information will be gathered that will allow you to know whether the tactic has been effective (review phase).

Let’s take all those target-setting bits and pieces from earlier and see them in the context of a single tactic spread out over three phases:

The three phases, (and everything that happens within them) flow into each other. You cannot, for example, expect adjustments to provision to be made if the targets haven’t been shared. You cannot take the outcome of targets into consideration during a teacher’s appraisal if they have not been offered support if they were ever at risk of not meeting them.

These phases allow a narrative for each tactic to be created. A simple and linear path that can be easily followed as the year progresses. Obviously, you will have selected some success indicators for each tactic and this will enable you to review each phase.  If your success indicators start flashing red you can look back to see which phase was not carried out effectively? Did you not set the tactic up well enough during the compliance phase? Or has the implementation not been robust enough? Finally, you should be able to determine if this tactic is a vital part of your school improvement strategy or, realise that it is a low performer and never to be repeated?

An added bonus to this plan is that it is concise. Just as one middle leader was praising its simplicity, another middle leader was surprised to find that her new plan took up a single side of A4 in comparison to the four page opus from last year. Much of the actual content was the same but it had been streamlined and stripped down to its essentials. It was a simple set of tactics (all with their own journey mapped out across the three phases) that were united under a single strategy which ‘should’ achieve the overall aim.

So, if you have an unwieldy action plan and no one else can help, and, if you can find them, maybe you should hire The A-team…who won’t mind you using the same format as me because, let’s face it, they just love it when a plan comes together.

A few people have contacted me saying that they wish they could see what a entire SDP would look like using the format discussed in this post. Well, don’t say I never give you nothing. Here’s one from a couple of years ago. I think (hope) I’ve deleted any specific ‘my school’ stuff on it. I’m sure you won’t just copy it but feel free to do with it what you will…although pass this format off as your own for cash and I WILL find you.