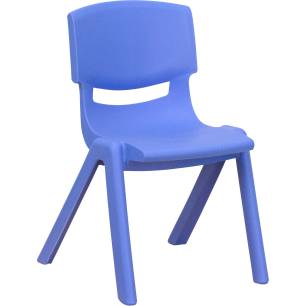 I write this a wounded man. There I was, going about my twittering day, trying to add my voice to the collective grunt of agony for a blog about injuries sustained whilst teaching. Having submitted my tale, I awaited in anticipation for the forthcoming anthology of professional ouch.

Finally, the moment arrived. Like an over-excited teenager, flicking through the pages of smash-hits to see if their letter about ‘It’s a sin’ sounding a bit like ‘Wild World’ was going to be the star letter of the week, I quickly scanned through this blog, only to find that my injury…Didn’t. Make. The. Cut.

I swiped back to the top. There must be a reason for this. This blogger had said that they had ignored responses relating to damaged pride, credibility or dreams. They excluded mental health injuries and paper cuts. Well, dear readers, my injury was no papercut! Then, this blogger says that he had researched the more suspicious ones.

Was my tale so outlandish that it beggared belief?

I began to put myself in the mind of the blogger: what lengths would he go to, to satisfy his cynicism? I immediately contacted Mother. Had she received any phone calls from strange gentlemen enquiring about my knees? She had not. I tracked down my old Head, the very man who had covered me in ice-packs to curb the swelling whilst drying my tears with his tie. Had anyone asked him to write a confirmation email confirming my tale? He seemed not to remember anything about my injury and, in fact, demanded to know who I was and how I had got his number, before swearing that BT’s suspicious call blocker service being on the bloody blink again and slamming the phone down.

A setback but not a defeat. As I continued to connect with this blogger’s mindset – like an educational warg – I concluded that, even if he had met such a stumbling block as my forgetful, and potty-mouthed, ex-head, he would not give up. A true traditionalist, he would demand more evidence. So, I contacted my GP to see if anyone had requested my files. They had not. I tried to find the surgeon who had operated on me, but, after conducting a 36-hour stakeout in the hospital parking lot, I was told by a carpark attendant – who was as verbally aggressive as he was certain about the rules of hospital parking – that I would have to leave or face a proper clamping. I left.

Maybe this blogger, whose pedantry for particulars makes the Geneva Convention look like a half-written rulebook for Risk, would look further afield. I got in touch with both my physio and osteopath to see if anyone had been snooping around enquiring about the stretchability of my left knee and my ever-strengthening core. They shook their heads, helped me squeeze into my spandex shorts and asked if they could give me the phone number of someone who I could, you know, just talk to, if I felt ready.

I was left with only one further option. I had to contact the teacher who had lured me away from my classroom, on that fateful day, and put me in the sphere of danger. We hadn’t spoken for years. She, because of the guilt that haunted her like a demonic IQ evangelist who just won’t quit. Me, because I had moved school and am appalling at keeping in touch. I asked someone who used ‘face book’ to find her, and within moments I was on my way to a ‘star bucks’ to meet, latte, biscotti and chat. She was delighted to see me and asked me many questions about my success. I only had one question. I was a bit disappointed with her reply. Not because it confirmed my worst fear: that this blogger, this biographer of pain, hadn’t been in touch with her at all, but because when recalling the incident, she was cruel, belittling and, in her description of my response to what happened at the time, anything but gender-neutral.

In conclusion, my research suggested that the blogging man had not investigated my tale at all.

This is, and I am not exaggerating, an absolute bleeding travesty.

Don’t fret for me, readers. It is you I feel sorry for. There you were, half-heartedly scrolling down the blog wondering if there was anything of interest to share at the next health and safety briefing, and without knowing it, you were denied a tale that would have quite possibly revolutionised your risk assessment for slightly tall humans sitting in little chairs.

I am not sure one can forgive after this. I believe an apology would be apt. I think I am, nay, we are, owed one. And, I would expect it to be complemented by a sincere explanation for my exclusion. Maybe one day I will face my demons and commit to writing down the horror, in excessive detail, for you. But for now, I will leave you with this bit of advice:

Don’t sit on a small chair and try to squish your knees under a tiny table.

May some good come from this.