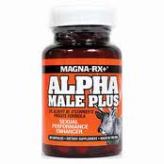 But let’s come back to me. I’ve always been successful! I can be concise, amusing at just the right times and most importantly I can sound like I really know what I’m talking about and believe me, I like to talk.

So far, so nauseating. I appear to consider myself to be amazing and worst of all, I’m going on about it. However, there is a big but…and I’m not talking about the one you are probably thinking my head is currently up. I am also painfully self-aware and have the social skills to be self-effacing and come across as mostly normal. But I know men in education who can not quite manage this. I’ve met them at interviews, schools, courses, seminars and they are tedious.  You have probably met/studied/worked with them too. They make you glad that you now have excessive mobile data allowance so rather than engage/listen/be bored by these gentlemen, you can safely find a corner in the room and tweet.

But what is it that has made these men so annoying?

Gender ratios may be a place to start. When I graduated as a teacher there were certainly less men training to be teachers than women. We were also told that there was a great shortage of men in education and that it was vitally important for children to have positive male role models. This led to a feeling that a man would automatically have a natural advantage in a job interview purely because by having an Adam’s apple and a pair of testicles, he was biologically more likely to become a positive male role model than a candidate without the aforementioned biological apparatus.

What I think happened as a result of this statistical fact was that some men began to get a bit confused. They began to think that, because they were men with Adam’s apples and all the rest of it, they were automatically good teachers! Over time they evolved from bold as brass NQTs into cock-sure mavericks. Convinced that their way of teaching was not only unique but would change the world and lives of all the pupils that were lucky enough to experience their lessons.

I’m not having a pop at innovation, far from it. But some of the behaviours I have seen, particularly in a certain type of male teacher, is anything but a positive male role model:

The worst part about all this, is that if they don’t wake up from their own ridiculousness they start to lose perspective and being a teacher becomes more about them than the pupils they serve. Once this happens, they really may as well give up.

This doesn’t end in the staffroom either. Gather certain Alpha-Male Heads together at a conference bar and there is so much posturing and hot air it’s a miracle the night doesn’t end with actual chest beating, teeth gnashing and red bottom waving.

The other night, a friend of mine and I happened to bump into three female Head Teachers that we know so we joined them. Listening to these leaders was a totally different experience. There was no posturing or self-importance. All three, although at times scarily strong willed, peppered the conversations with questions to support or challenge each other and there was no competitive edge to their conversation. Their conversations were not based on showing off their own achievements or bragging about their leadership style. Instead they were firmly rooted in their own experiences and working on what was right for their pupils and schools. I couldn’t help but think: How can I be more like them?

Are they great because they are women? No. They’re just incredibly talented and professional people-as many men also are. But they are not prone to the hyperbole and self-importance that some men in education indulge in…they just crack on and do it. They are certainly as driven as the many over-confident men I have met but by not being distracted by themselves they are more effective.

It was, for me, a reminder that being successful in education is about focus. If you’re a Head, focus on your school, your teachers, your pupils. If you’re a teacher, focus on your pupils and their learning. I don’t know if men or women make better teachers. I doubt it matters. I do know male and female teachers and Heads who are equally wonderful and inspiring. But I’ve come across more self-important, ego-centric men than I have women in my career and considering we are meant to be in the minority, that doesn’t look good in terms of proportional representation.

If any of this is making any men feel uncomfortable then I may be talking to you (if you now feel very cross it either doesn’t apply to you or it really does but you’re too far gone to do anything about it).

So come on boys, grow a pair! Stop believing your own hype and focus on the job in hand. Aspire to be like those female Heads, not because they can do things that we, as men, can not do; but because they don’t let arrogance get in the way of their success.

Achieve that, and you may go as far as me…cos I’m great!